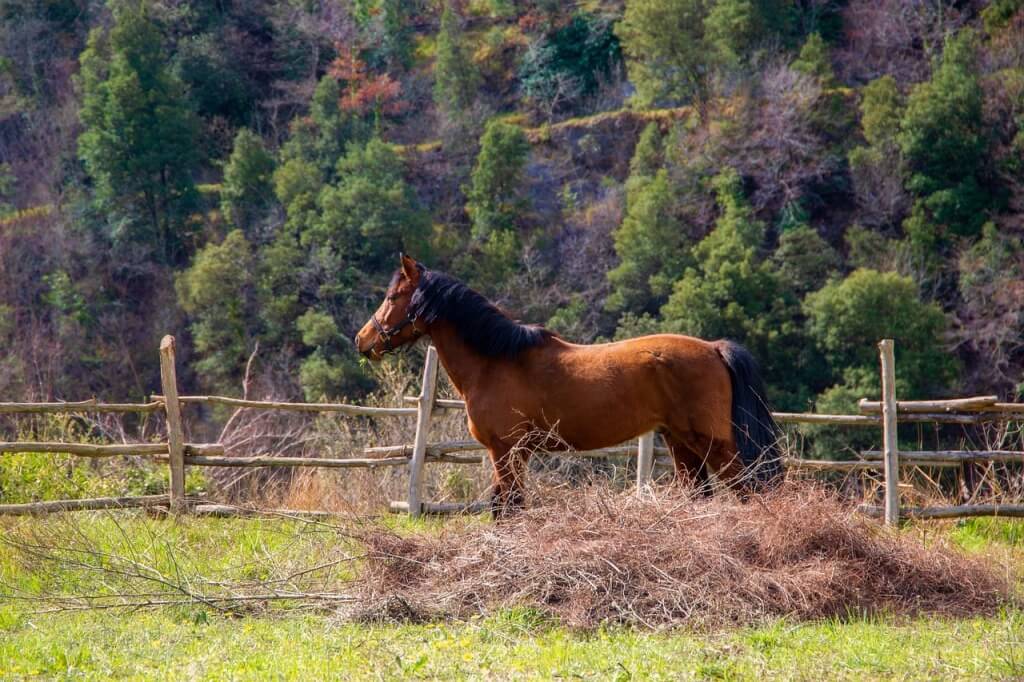 Lise Hemmingway smiled to herself, studiously reading the available jobs listed on the sheet in front of her.

She silently thanked whichever genius had decided to start a company that focused solely on advertising jobs in the equine industry and lining up capable people to take on these jobs anywhere across the globe.

At nineteen years of age, the slim brunette already boasted a strong love of horses and had proven herself capable of handling and caring for excitable thoroughbreds many a time.

Just recently, she had finished up a six-month stint at a large stud in the HunterValley, working with weanlings and previously foaling down mares. Now in February and barely scraping the surface of what the year had to offer her, she had traveled to South Australia with a friend, helping out with a few yearlings for the Magic Millions Adelaide Yearling Sale to earn a bit of extra money before moving on to Victoria.

Having given up on school at the age of sixteen, Lise had quickly learned what hard work was involved in working in the thoroughbred field.

This was now especially true, with the equine industry quickly adopting the idea of employing those who had taken the time to learn the theory and gain the piece of paper.

Eager to improve herself though, she had delighted her past employers by asking lots of questions, often volunteering for tasks others shied away from and consistently turning up early or staying behind late. It was obvious to others that she was aware that working with horses wasn’t at all a nine to five job, but rather, a lifestyle.

Now, two and a half years later, she had an attractive resume behind her and was ready to take on a more challenging role in Victoria. All she had to do was find the job, she reminded herself, moving out of the way of a colt that was prancing excitedly on the end of his lead.

“Your horse is about to slip that shoe,” she observed an older man telling the handler as they led the yearling up to the ring.

The handler paused, looked at the horse’s foot, then shrugged and continued on their way.

“But hey, that’s fine when the nail punctures his sole and an infection builds up and suddenly you don’t have a viable racehorse. Moron,” the man muttered, shaking his head in disgust before following the animal up to the pre-sale ring.

Curious, Lise followed the older male, placing herself casually beside him. Her gaze also followed the horse and handler around the ring.

The same colt, discovering a filly in front of him increased his pace, the handler oblivious of the horse in front of them. Squealing, the colt lunged forward, nearly gaining a kick from the filly.

He then jumped back in surprise, pulling the confused handler with him.

This exertion on the loose shoe half pulled it from the colt’s foot, leaving the shoe dangling and nails sticking up. The excited animal pranced on a tight lead, the handler now in control but in danger of the young animal piercing its foot.

The older male observing this at the ring sighed.

“I told him,” he muttered to himself, flicking a cigarette to the ground before stamping it out with his foot.

“Farrier? … or just particularly aware of how true the saying no foot, no horse is?” she queried, realizing that the clinking noise that resounded every time the colt put weight on the foot with the loose shoe should clue in anyone who had been around shod horses awhile.

He nodded, pulled out his wallet and extracted a card, handing it to her.

“Guess it’s not worth giving advice to people who don’t ask.  Stuart Hunter,” he introduced himself.

“Lise Hemmingway,” she smiled, shaking the hand he offered.

“When I land myself a job, I’ll keep you in mind,” she smiled.

“Looking for anything in particular?” he queried, lounging against the rail, his gaze drifting to the colt as its handler led it through to the inside sale ring.

“Find out who that guy works for… I’m sure his boss will be looking for another worker soon,” he grinned.

“Wrong time of season, but I want to focus on foal care.”

He cast his eye over her, taking in her small frame.

“Had much experience?” he questioned dubiously.

“I’m competent enough… don’t let the young age fool you. I was up HunterValley way but actually want to be situated in Victoria.”

“So why the Adelaide sales?”

“Just helping out a mate with a couple of horses.”

He nodded, kicking the ground.

“NirvanaPark… I heard through the grapevine they’re taking on a couple more stallions for the next breeding season and they usually have a lot of weaners. Probably could do with an extra pair of hands at this time… Barn C. The guy’s name is Kingsley… David Kingsley.”

“I’ll keep that in mind, thanks,” she shook his hand again and strolled back to the barn where her friend’s yearlings were stabled.

The young brunette smiled. The name rang a bell and although she knew little about the stud, she was aware of their reputation for turning out yearlings to a high standard and receiving good sales prices.

Topping up some water buckets, she glanced down the aisle at a television that was set up, showing each lot as it was taken through the ring.

Noting that her friend’s first horse to go through, a chestnut filly by Rory’s Jester, wasn’t due to be in the ring for another hour or so, she finished filling the buckets, checked each horse had food and strolled out of the barn, heading toward where Nirvana Park was stabled.

Hunter pulled up to the side of the stable, a large grin directed at Kaye as he said hello. She paused from raking with a smile, stepping closer to his Ute to peer into the cab.

“Hello to you both. Cute pup. What’s his name?”

Hunter grinned, barely holding back a laugh, Dave sitting beside him with a large smile also.

“With what?” Kaye asked with a frown.

“The name of my kelpie,” Hunter replied smoothly.

“You mean with not telling people the name of your kelpie?”

“But he did,” Dave replied with a chuckle.

“Sure I did!  His name is Please!” Hunter clarified, stepping out of the car.

“That probably would have worked just as well,” he chuckled, patting the young canine that moved to his seat, peering down at the ground and then up at the farrier as if asking permission to get out of the car.

“Now I am completely lost.”

“I’ve named the dog Please. It just sounds so polite. Hop out of the car, Please. Drop, Please. Roll, Please. See?” Hunter finished with a broad grin, rewarding his pup with a pat for being obedient to his requests.

Kaye rolled her eyes, turning her focus back to raking up stray bits of hay out the front of the stables.

“You encourage him.  Trevor and Declan are in the stables ready when you want to do some work,” Kaye stated gruffly.

Hunter winked at Dave, stepping past the fiery red head and into the darker stables; the pup following at his heels. The pair found the two men in one of the stalls, looking at the front foot of a yearling.

“Our first victim?” Dave queried, peering through the bars of the stall wall.

“Reckon so,” Declan muttered as he stood up from being bent over the leg Trevor was holding up.

“He’s got a decent crack and is a little sore.”

“Sure we can fix that up with a trim and some shoes. Is it alright to bring the Ute in here? Park it in the middle of the breezeway?”

“That should be fine. We can start on the colt next door, Dave,” Trevor directed, getting out of the box.

He paused to kneel down and say hello to Hunter’s latest acquisition.

“I’ve named him Please,” he stated, winking at his coworker who looked relieved to not have to repeat the conversation they’d had not two minutes ago with Kaye.

Declan laughed from inside the box, keeping a hold of the horse with the cracked hoof.

“Very clever,” Trevor replied with a smile, heading into the box next door while the pair of farriers headed back to the car to relocate it inside the stables.

Christine Meunier considers herself introduced to the wonderful world of horses at the late age of 13 when her parents agreed to lease a horse for her. She has been studying horses from age 16, starting with the Certificate II in Horse Studies and is currently undertaking her Bachelor of Equine Science via distance education.This article was excerpted from Horse Country – A World of Horses. You can buy the book on Lulu or Amazon.