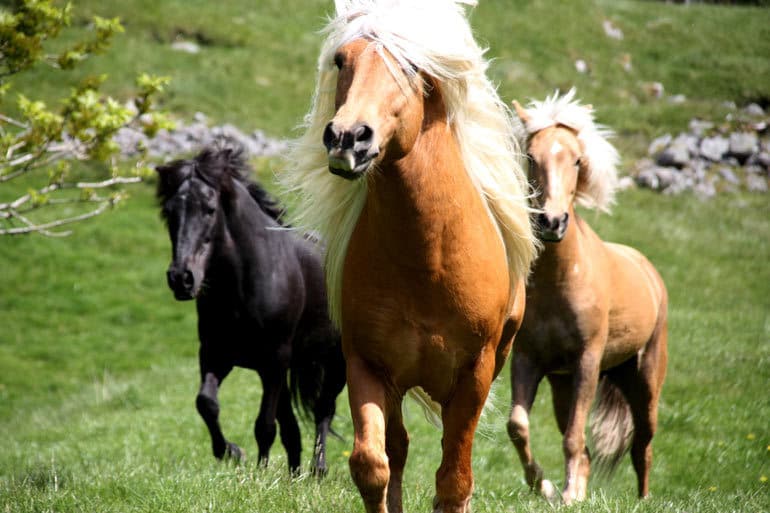 Good farriers are in high demand. According to the American Farriers Journal 2012 Media Information and Marketing Guide, most of the nine-million-plus horses in the U.S. have to be trimmed and shod multiple times a year, and all but a few owners choose to do the job themselves, which makes for one large industry to tap into. Since farriery is primarily a self-employed occupation, if you have the experience and training, you can charge whatever the market will bear, potentially making it quite a lucrative line of work. Salary, however, is also determined by a number of other factors: how well you market yourself, manage your finances, follow through on the jobs you get, your clients—as with any self-employed occupation.

In general, working on race and show horses pays more than working on pleasure horses. Standard 8-hour days in urban/rural environments can yield much less than $100,000 year, whereas working on race or show horses can get you much more than $100,000 plus per year. In some cases the wage gap can be as great as $40,000 for pleasure horses to $200,000 or more for race and show horses.An American Farriers Journal survey in 2012 found that the average annual salary for full-time farriers in the U.S. was reported to be $92,623 per year and for part-timers, $21,153. This amount is an average and varies according to experience level, training, etc.

In the UK, another massive market for farriers after the U.S., pay rates work a little differently due to government regulations. The Farrier Registration Council sets apprentices wages according to a set guideline that’s based on the minimum wage. Apprentices aged 16 to 20 are exempt from the minimum wage and get paid according a wage matrix that starts at 52 percent of minimum wage for 16-year-old first year apprentices (£3.22 per hour) and goes up to a maximum of £6.19 in year four for 19 to 20 year olds, or for those 21 and older the maximum wage starts at age 21. A typical annual salary for apprentices comes out to less than £10,000 a year.

But that rate can jump up quickly. Miles Williamson-Noble, registrar at the Farriers Registration Council, states that annual salaries of £25,000-£30,000 are possible not long after qualification and, like the U.S., rates go up from there based on experience.

Anywhere in the world, salaries will fluctuate based on experience level, full-time vs. part-time (which usually relates to the level of experience), distance travelled to the job site, gas prices, insurance and other typical factors that self-employed workers have to take into account.

It’s all these expenses that determine the net amount farriers wind up with at the end of the year. So making money as a self-employed farrier is not just about how much you charge or how many clients you have, it has a lot to do with how good you are with your finances.

NEXT PAGE: How much to charge as a farrier >>