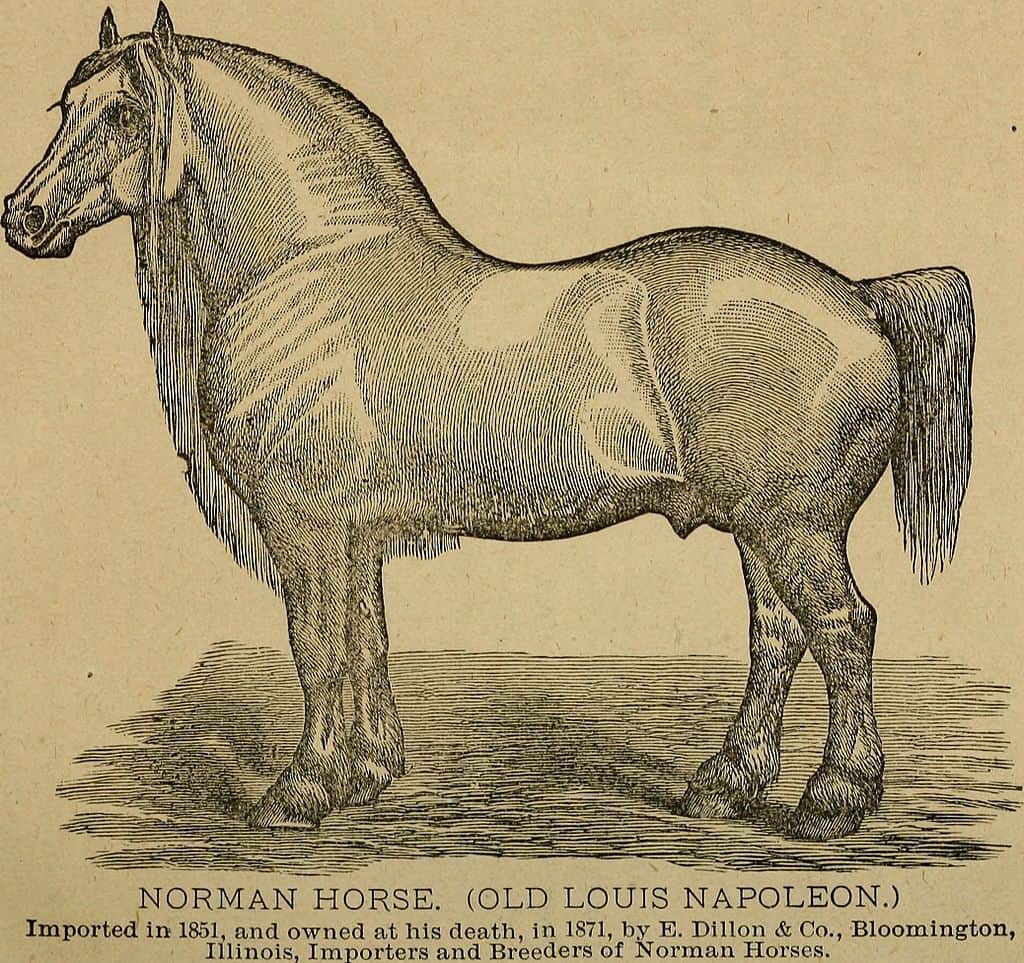 The practice of farriery is definitely a unique one within the horse industry. The farrier is expected to demonstrate a high level of skill at a number of jobs that are usually the specialties of other occupations. The farrier (well…the good farrier…) has to be a forger and a welder, a toolmaker and a shoemaker. S/he has to be an anatomist, a physiologist, plus be able to diagnose when a lameness is foot related, treat the symptoms of the lameness and come up with a forward thinking plan of action for each horse, all of which is also the province of the veterinarian.

How did we come to rely on the farrier as a jack of all trades and master of every single one of them? The answer probably lies in the history.

The history of the farrier is also in many ways the history of the horseshoe, but a bit sketchier to trace. There’s evidence of horseshoes having been used in a number of cultures from the Celts to Eurasia, but no solid evidence that there were trained farriers putting those shoes on. The knowledge of how to trim feet and apply shoes could very well have been widespread at that point, with horse owners taking care of things themselves. Cultures whose horses were shod, especially military cultures like the Roman Empire, tended to have farriers on staff to keep their cavalry shod and sound, both at home and on military campaigns. The Roman writer Vegetius tells us that farriers, smiths of all sorts, and anyone who plied a specialized trade necessary to the army were exempt from battle and also from routine military tasks like patrol, or ditch digging. Score, farriers. Score.

The National Army Museum explains that one of the tasks of a military farrier was “the humane dispatch of wounded and sick horses,” and so it makes a lot of sense that the task of taking care of horses’ feet was also bound up with the task of making sure that the whole horse was in literal fighting shape during a campaign. So at this point, the farrier’s job seems to have been more akin to a vet’s.

The Normans, too, were big believers in shoeing horses, and there’s evidence that the peoples living in Britain before the Norman Conquest (that’s 1066, if you like dates) regularly used horseshoes. We don’t know much about the people putting them on, though.

The Normans liked their horses much bigger than the Romans did, what with all the heavy armour and such, and shoeing them seems to have carried some prestige. Some sources suggest that William the Conqueror’s farrier was given a coat of arms and the surname de Ferrers, from which our modern “farrier” comes. Others suggest that the name de Ferrers is a reference to an ancestral home in St. Hilaire de Ferrers, which was an ironmaking district in France. Others suggest that the word just comes from the Latin “ferrarius,” meaning iron. Either way, the coat of arms the de Ferrers family received has six horseshoes on it and suggests that the craft of farriery was in high regard.

When Edward II campaigned for the French throne in 1359, forges came with him, which suggests the central role good horseshoeing was coming to play in medieval warfare. James Clark Bush says that this might have been the first time an army had packed up and brought forges with them into the field. In 1356, farriers in London were established into an official Company. What that company did for the next few hundred years isn’t exactly known, as their records were destroyed in the Great Fire of London in 1666. We do know (because the Company tells us here) that Charles II granted them a charter in 1674. 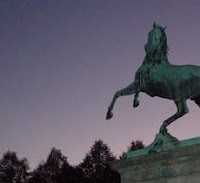 The charter is pretty clear that farriers are valuable “for preserving of horses,” and that part of their job will be to govern the trade such that people who have no idea what they’re doing will stop trying to take care of horses and ruining them forever (the actual charter says that in much fancier language. I just pared it down). So we know that farriers were important enough to be asked to make sure that their knowledge was passed down correctly. What’s not clear from the charter, though, is what the “preserving” that the farrier does consists of. There’s not any actual reference to shoeing horses. One of the farriers named in the 1674 charter, Andrew Snape, who was Charles II’s own junior farrier, also wrote a book called “The Anatomy of an Horse” (which is completely disgusting. You can check it out in all its gross details here). It’s not particularly focused on feet, but rather on the whole horse, as the title suggests.

We’re pretty sure that farriers were primarily focused on feet because in a 1562 Act of Parliament there’s a reference to farriers that links them to “Smiths,” but into the 17th century the farrier seems to still be like a general doctor. There’s a 1622 reference in Francis Markham’s Five Decades of Epistles of Warre to farriers being “furnished with Horse~shooes, nayles, and drugges, both for inward and outward applycations.” Intriguing, but also maddeningly vague. In 1761, though, Claude Bourgelat founded the first veterinary school in Lyon, and the scientific study and treatment of horses gradually replaced the apprentice-based system of equine health care practiced by farriers.

It’s not until 1887 in England that the Worshipful Company of Farriers sets up exams that test potential tradespeople (tradesmen, really, at this point) on making shoes and shoeing horses. At this point, the farrier’s trade starts to look a lot more like the modern trade that we know; a trade that involves blacksmithing, the treatment of lameness associated with the foot and overall knowledge of horse anatomy and health, but that primarily focuses on the feet themselves.