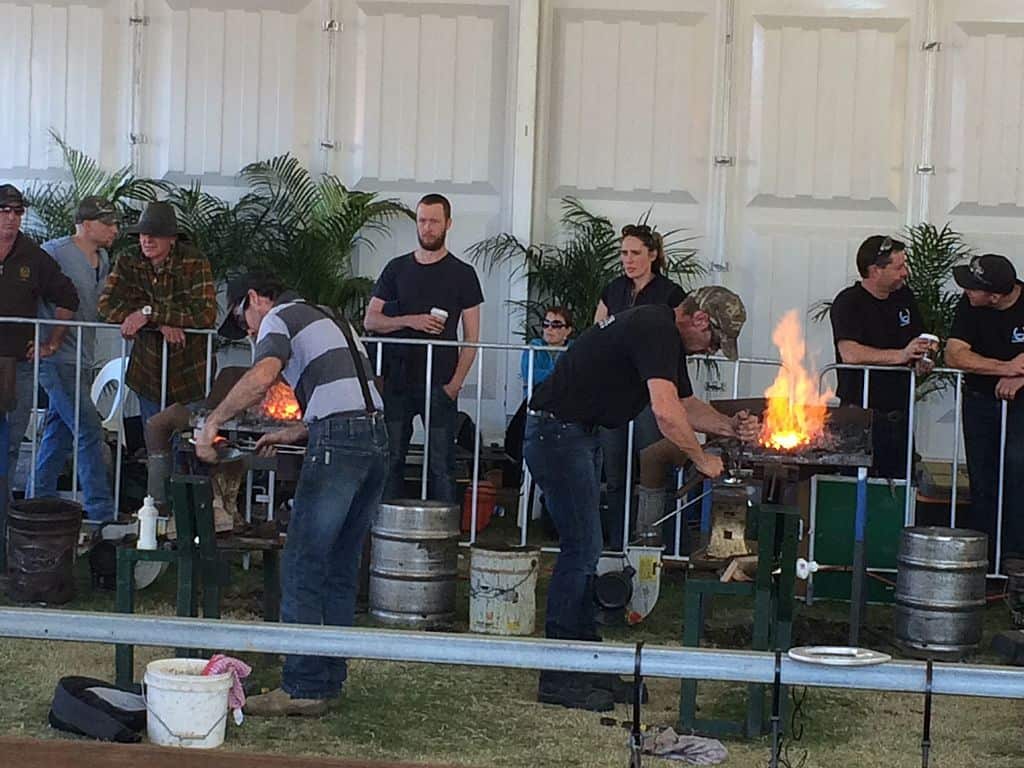 Competitive shoeing and forging is a long-standing tradition in England and Ireland and has only been introduced in North America fairly recently. Although not as, let’s say, intensely followed as competitive sports series, these events are big business and big opportunities for farriers and blacksmiths to show off their skills. The best place to learn what they’re all about is to go and see one, but if you’re short on time, opportunity or motivation, here’s a primer to get you started.

What Does a Competition Consist Of?

A local fair might host a couple of classes where farriers make a certain kind of shoe and are judged on its quality. Larger competitions can be multi-day events with many different rounds of shoe-making. You could compete as an individual, or in two-person or four-person classes. Speed is a factor in each round, with competitors given a certain amount of time to produce a particular shoe or set of shoes, although the judges will look for quality at the end of each round, so it’s not just about hustle.

Unless it’s an international competition, there are typically different levels: a novice level for everyday farrier-type work, an intermediate competition for people who might be working towards certification, and an open level with more advanced shoeing and forging tasks. Depending on the size of the competition, there could be even more levels to pick from.

What Do You Have to Do? 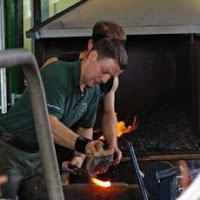 There are forging classes and shoeing classes. Forging classes will ask farriers to make a particular kind of shoe and fit it to a hoof model. The kinds of shoes you have to make depend on what the judge has asked for, but seem to fall into the category of hunter shoes, roadster shoes, light and heavy draft shoes (which is how we know this was a British thing). Specialty forging classes could ask for any kind of shoe with any kind of special modification. The shoe list is usually given out in advance.

There are also live horseshoeing classes, where either a single person or a team of four (one for each foot) must trim a live horse, forge a given kind of shoe from scratch and put it on. Here the farrier can expect to be judged on things like hoof preparation and balance, shoemaking, fitting the shoe, and nailing and finishing the job. Non-farrier related blacksmithing classes, like metal art classes, might also be offered. Each competition will offer its own list of specific rules to follow.

Cut to the Chase – How Do You Win?

Points are awarded in each class or round and a winner declared. If it’s a big competition, there could be a couple of rounds that end up in semi-finals and finals, with the farrier/farrier team with the most points bringing home the ‘W.’ There are winners in each separate class, and could also be an overall champion.

Judges are selected by the organizing committee. They tend to be past competition winners, hold high certifications, or be distinguished in some way. Their job is not an easy one, as they have to rank contestants based on often very small differences in what the contestants produce. A millimetre difference in width, or a single degree in angle can separate out the top competitors.

Farrier competitions can be modest local affairs where people compete for fun, but serious contestants can vie for national and international titles in North America, Australia and Europe. Countries have national teams and/or teams that represent certain associations (the American Farriers Association has a team, for example), which tend to draw farriers who love pressure and want the chance to represent their country or organization.

Why Do People Do This?

Competitions are a way to meet other farriers and network, but farriers say it’s also the best place to learn by watching. Seeing a lot other farriers work and problem solve in a short amount of time can be great exposure to different styles and methods. If you’re the one competing, this could be an opportunity to share the skills and techniques you’ve perfected. It can also be good for business – the word champion never looks terrible on a resume.

How You Can Get Involved

Anybody can enter a local or regional competition, but getting on a team is based on point standings. For an international team, for example, the top four farriers (plus alternates) are chosen based on their rankings from national competitions. Entries for national competitions can be limited and past champions tend to get priority, so breaking in to the higher levels might take some patience.

Sponsorships are common, so if you don’t have a big budget (so…I guess if you’re a farrier…) you could approach a business or wealthy elderly patron and see if they can help defray some of the travel and entry costs. Getting out to a competition will give you a better sense of the rules and expectations, and hopefully inspire you to give it a try.