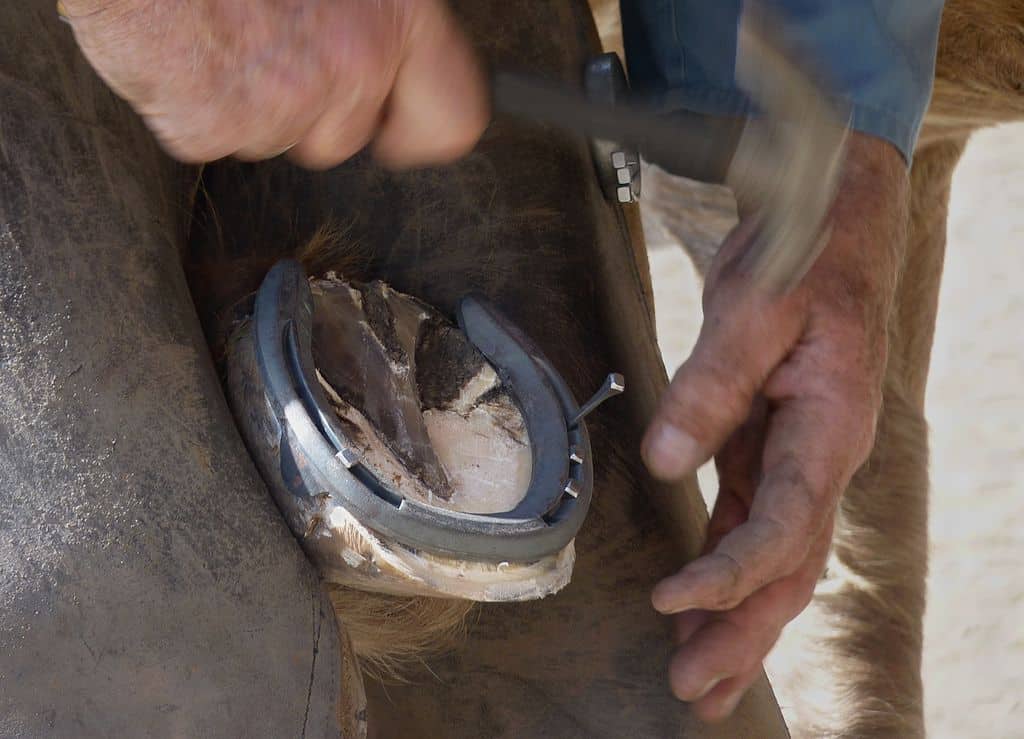 Last month, we brought farriers some suggestions for dealing with difficult clients. This month we’re going to look at the flip side of the equation and offer some advice for horse owners and trainers on having tough conversations with their farriers.

Maybe you have a new farrier and their work isn’t quite what you expected; maybe you’ve had the same farrier for a number of years and problems have started to crop up; maybe you’d like to change up the shoeing routine and you’re encountering some resistance. Whatever the reason, here are some things to think about before you wade into battle.

If the issue is a recurrent lameness and you feel the farrier is responsible, your reflection session will be more complicated. Since it’s really hard to positively identify a single cause for something like a lameness, think about what other contributing factors might be coming into play (conformation, gait problems, the training schedule, footing, chiropractic issues, etc.). Be honest and thorough when you look at all the possible reasons for the issue. If you’re not sure, ask a reputable horse person you trust. 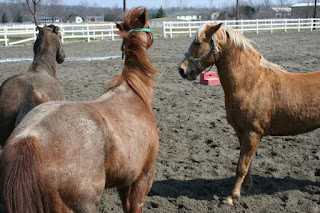 On a related note, be realistic about what a farrier can do. If you insist on turning the horse out in hip-deep mud come springtime, you ought reasonably to expect that he’s going to throw a shoe. Or seven. Similarly, a farrier can only work against nature so much – no amount of shoeing is going to fix founder, or turn a backyard pet into an international dressage champion.

Records are your friend. Ask for/keep receipts for the work your farrier does, how much you paid them, when and for what. Disputes over who did what when will be much easier on you if there’s a written record to back you up. Ask for your farrier’s policy on things like late payments, lost shoes and appointment cancellations (ideally before these things happen) so you’ll know what to expect and what recourse you’ll have if things go wrong. Also, don’t be afraid to politely lay out some of your own expectations, as well, so you and your farrier will know whether you can (or should continue to) work together.

Keep the lines of communication open. You and your farrier are part of a team, so discuss things like you would with a teammate. If you need your farrier to show up on time because you work 14 hour days and any delay on their part messes up your day, say so. If you explain why you want or need things done a certain way, your farrier will get the whole picture and be in a better position to help the team run more smoothly. Try to communicate about differences while they’re still small, but even if they’ve gotten out of hand, still approach your farrier as someone who’s basically on your side.

Get vet support. Say you want to make a change in your horse’s shoes or the way the horse is being trimmed or shod. You’ll be more persuasive if you have an expert in your corner who can vouch for why the change is necessary or better for the horse. Vets are way better than trainers as support people in this regard. Farriers deal with issues of anatomy and biomechanics – that’s the language they speak. What looks good in a show ring will always be a secondary concern. Even a very good trainer who’s knowledgeable about hoof function isn’t going to be as capable of explaining the change or working with your farrier as a professional who literally specializes in keeping horses sound and healthy.

As with any conflict, keep the argument focused on the work and not the person. You want to problem solve, not pointlessly hurt feelings. Telling a farrier that your horse is badly behaved during a trim because s/he takes too long isn’t going to be as effective as explaining that your horse has difficulty holding its foot up for long periods and suggesting that you give it a break between hooves. When you focus on the work, you can bring an action point to the table, which might help speed up a resolution.

Know when to let go. Sometimes that’s crystal clear. Like when your new farrier misses your last three appointments and won’t return your calls. That decision pretty much just makes itself. Sometimes it’s harder to tell if you should jump ship. It’s often tempting to see if one more trim or one more shoe job will solve the problem. Once you’ve explained your position, used some evidence to support you and made sure your farrier understands where you’re coming from, then you’ve probably done all you can. If disagreements or issues still persist, it might be time to move your business elsewhere.

As a last note, remember that word of mouth can have a powerful effect on a farrier’s livelihood. Nobody’s saying that you should lie to another horse owner if s/he asks you about the farrier you’ve just broken up with, but neither does anybody need to seek out opportunities to talk badly about a professional in the horse world. As you already know, those opportunities will find you, and even then, you can earn yourself a few extra karma points by handling them with tact and grace.