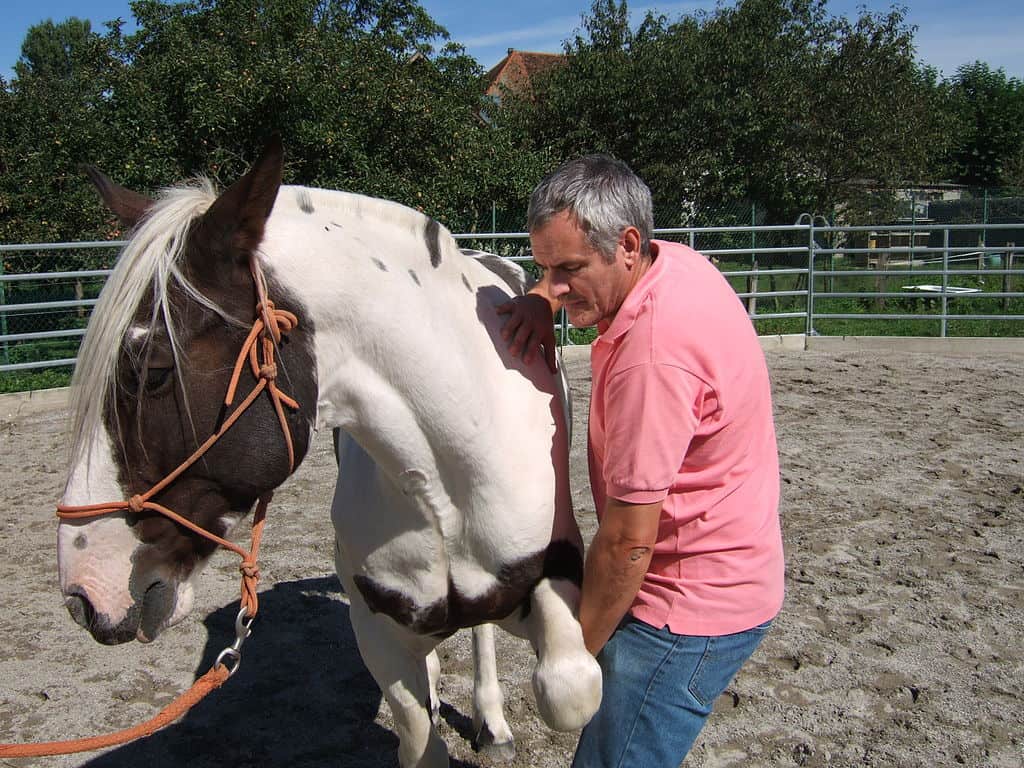 Veterinary medicine keeps coming up with the coolest stuff. This is great because as farriers and horse owners, we get to sometimes participate in cutting edge science. Vets have also been developing mind-bending solutions to horse-related problems that were once thought to be career, if not life, ending. Here’s just a glimpse of the advances veterinary science has made to some of the most dreaded hoof-related problems. 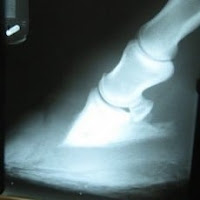 One of the reasons veterinary medicine has come so far recently is the more widespread use of better diagnostic equipment. Gone are the days of waiting to develop single x-ray slides that may or may not have actually taken a picture of anything. Now there are a number of scans vets regularly use to determine the real nature of a lameness issue. MRI (Magnetic Resonance Imaging) has been the most useful of these for hooves. It takes images by using a magnetic field, allowing vets to see bone, soft tissue and fluids. This has had a huge impact on diagnosing hoof problems as MRI can get pictures of soft tissues inside the foot whereas ultrasound waves can’t penetrate.

A partial coronary epidermectomy was recently successfully tried in a laminitis case. Incisions were made in the coronary band, and the damaged tissue was peeled off. Corrective shoeing, fenestration (basically, removal of part of the hoof wall), and a deep digital flexor tenotomy (see below) followed. Treatment was intense, but the pony in question experienced a serious reduction in pain, was fully sound by Day 160, and had great looking feet.

Deep digital flexor tenotomy is a surgical option for horses struggling with chronic laminitis. Contraction of the DDFT has been linked to chronic laminitis, and when present, the tendon compounds laminitis problems by pulling on the coffin bone. This normal pull is usually counterbalanced by the laminar attachments in the foot, but in cases of laminitis, when the attachments are weakened, the coffin bone can rotate downwards away from the hoof wall. The tenotomy severs the tendon about halfway down the cannon bone, decreasing the amount of tension on the coffin bone. It’s not a complicated procedure, and it’s done under local anaesthetic. The tendon will scar over, and corrective shoeing will be essential post-surgery, but evidence shows that many horses can return to pasture soundness and even light riding.

An alternative to this surgery might be the injection of botox into the deep digital flexor tendon’s muscle. The botox acts as a relaxant and keeps the tendon from pulling on the hoof structures. It wears off after a couple of months, but could be useful as short-term therapy during acute phases of laminitis. The treatment is patented, though, so it’s not widespread.

Stem cell therapy is also a treatment of interest, although no formal studies have been done on its effects on laminitis cases. Clinical experience seems to show, however, that stem cells have the potential to heal tissue damage and grow healthy lamina cells in ways that laminitis damage usually prohibits.

Tildren is not quite the Skele-Gro of J.K. Rowling’s imagination, but it’s halfway there. Bone cells are constantly being remodeled by the body; bone cells called osteoclasts destroy old bone so that new bone, formed in part by cells called osteoblasts, can take its place. Osteoclasts work faster than osteoblasts, which is an especial problem for horses with degenerative bone disorders like navicular, osteoarthritis, or ringbone. Tildren inhibits the work that osteoclasts do, thereby reducing bone degeneration. Currently, it’s used in an injectable form that’s had a high success rate, especially when combined with corrective shoeing.

Navicular suspensory desmotomy is a surgical option for horses who don’t respond to conventional treatments for navicular problems. It involves severing the ligaments of the navicular bone in efforts to make the bone more mobile. Horses seem to respond positively, although the jury’s still out on why.

Stem cell and PRP (Platelet Rich Plasma) therapy is also in use as a treatment for navicular issues. Since these treatments are regenerative, and since they can work to heal a variety of cells, the theory is that if injected locally, they can speed healing and work against degenerative disorders.

Extracorporeal Shockwave Therapy has a list of potential benefits, although formal studies on it are limited. Clinically, shockwave therapy has been seen to promote blood supply, induce linear healing patterns in tendons and ligaments, decrease pain and encourage healing. Because ringbone is an osteoarthritic condition, shockwave therapy is thought to work by decreasing inflammation and stimulating bone remodeling.

Alcohol fusion is a therapy for cases of high ringbone that involves injecting the pastern joint with alcohol, which destroys cartilage and encourages bone fusion. The University of Iowa performed a trial series of injections as an alternative to traditional fusion surgeries, and had success rates of 90 percent at 8 months.

Stem cell, PRP, and IRAP (interleukin-1 receptor antagonist protein, harvested, like PRP, from the horse’s own blood) therapy are also thought to have potential in healing this arthritic condition.

Because these therapies are so cutting edge, local veterinarians might not have the ability to do them, so if you find yourself dealing with any of these issues, it’s worthwhile asking if there’s anybody nearby who has access to these technologies. They might solve a lot of problems. Now if only they could come up with something to fix “ornery.”