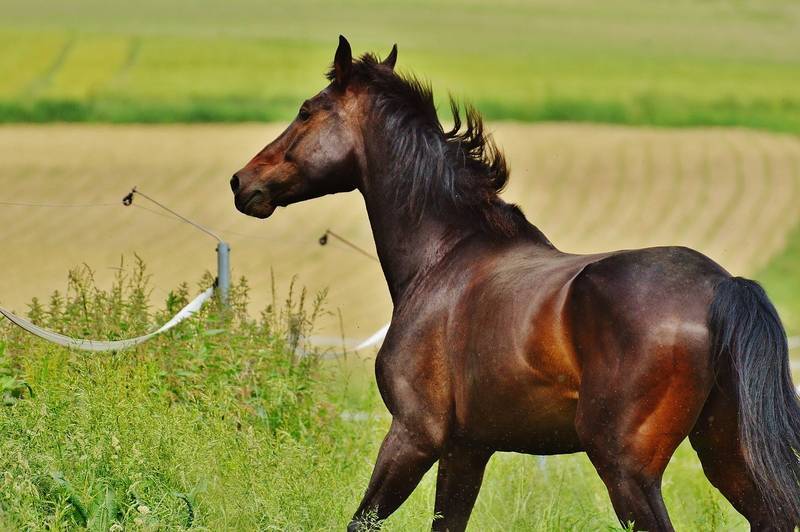 There are many people who choose to own and manage stallions. For those who feel they may go down this route, it’s important to be aware of what exactly a stallion is, how their management may differ from that of other classes of horses and why a stallion may be castrated.

Age and Gender of the Stallion

The Ability to Breed

Stallions are owned and managed because they’re able to breed with mares and produce foals. It should be noted that just because a male horse is entire and able to breed, that doesn’t mean that he should. The breeding of horses should only occur if the resulting foal will be of value to someone.

This value could lie in temperament, conformation, performance ability or work ability. There’s no point in breeding a foal just because you can. Likewise, there’s no reason that a horse should be left a stallion just because he can be. If he has no breeding value, then it’s worth considering the option of castration.

Reasons for Castration: When to Geld a Horse

A male horse that has had his testicles removed is known as a gelding. He has been castrated and isn’t able to be used for breeding. Technically speaking, a gelding can be any age. However, for the testes to be removed, they need to have descended.

If this doesn’t occur, then the veterinarian will need to surgically go into the abdomen to remove them. This will require the horse going under general anesthetic, so castrating this way will require that the horse goes to a veterinary hospital. This process can be quite costly. It’s also worth considering the odds that a particular horse will be able to go under anesthetic and wake up from the procedure without any issues.

It’s possible for a standing castration to be carried out by a veterinarian, if the testes have descended. Some vets will even do this on a farm, which can be a cheaper method to undertake. This method doesn’t require the horse to be put under anesthetic, and is a quick procedure if you’re using a knowledgeable vet. It may also be a lower-stress option for the equine in question, as they can stay on familiar property and be put straight into a stable stall, a yard or a small field/paddock.

Once a horse has been castrated, they’ll need to be observed and managed until the site has healed. This will often involve daily hand-walking or offering the horse the opportunity to move in a yard, within a paddock or on an automatic horse walker. Swelling isn’t unusual, but should dissipate in time, and the horse shouldn’t be walking with signs of lameness.

It should be noted that castration doesn’t immediately make a male horse infertile, nor will it necessarily eliminate stallion-like behaviour towards mares and fillies. With this in mind, newly castrated horses shouldn’t be turned straight out with female horses. If they’re inclined to mount other horses, they could hurt themselves due to the recent surgery.

Management of the Stallion

There are many different factors to consider in regard to effective management of the stallion. This may come down to:

Finances will greatly affect how stallions are to be housed. They may be out in a paddock with geldings, or as the only male horse with a herd of mares. Alternatively, they may be individually stabled, yarded or kept in a paddock. This will depend on the preferences of the owner/manager and what the stallion is used for.

If he’s to be ridden and entered in competition, chances are, a stallion won’t be left with other horses that could engage in rough play and inadvertently hurt him. If each of his progeny is to be documented and fees are to be paid for his breeding services, then he may not be paddocked with any mares. If he’s to be used for artificial insemination, he’ll need to be easily accessible. Some thoroughbred stallions will be bred three to four times a day at the peak of the breeding season, so they’ll need to be easily caught and brought in for those breeding sessions.

Whether stallions are left to their own devices to breed, or are handled for breeding or collection, will depend on their demand and the staff available to manage them. A stallion handler will come at an added expense to the property manager.

If many client mares are to be bred, then appropriate facilities to contain and breed them will need to be made available. The same goes if a stallion is to be collected from for the purpose of artificial insemination. Some veterinary hospitals will offer this service, but it’ll come at a cost to the owner. 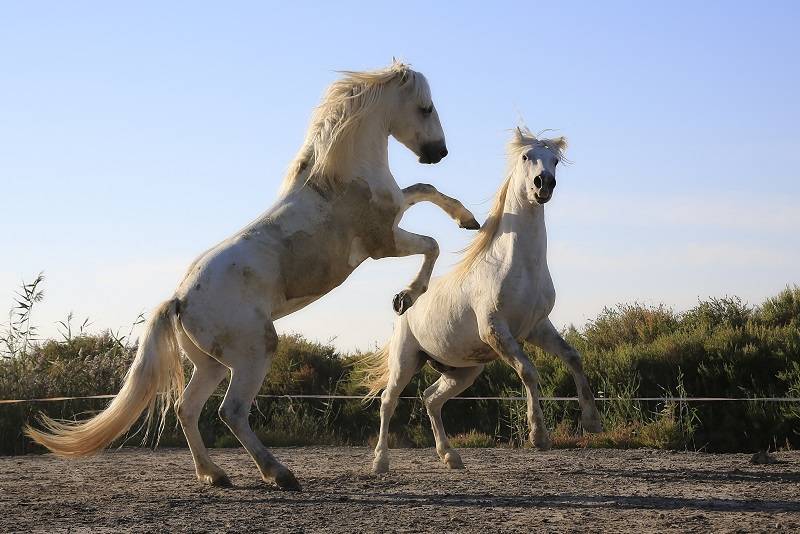 Stallions can be volatile in their demeanour, depending on what’s around them. For instance, the presence of a mare can cause them to become unpredictable, if you aren’t intending to breed that mare! They have a lot of testosterone, and consequently, are strong and very interested in female horses. Stallions should be the best-educated horses on a property due to potential issues that could arise while they’re being handled—especially during the breeding season.

Where they’re housed—and who with—also needs to come into question. If left alone, then the horse’s natural gregarious nature should be considered, and they’ll need to be managed if there are signs that they’re unhappy alone.

In short, a stallion can be a great addition to a horse breeding property, but this is only the case if they’re educated, well-managed and useful for breeding. If not, then leaving them entire may be a waste of time, money and energy.