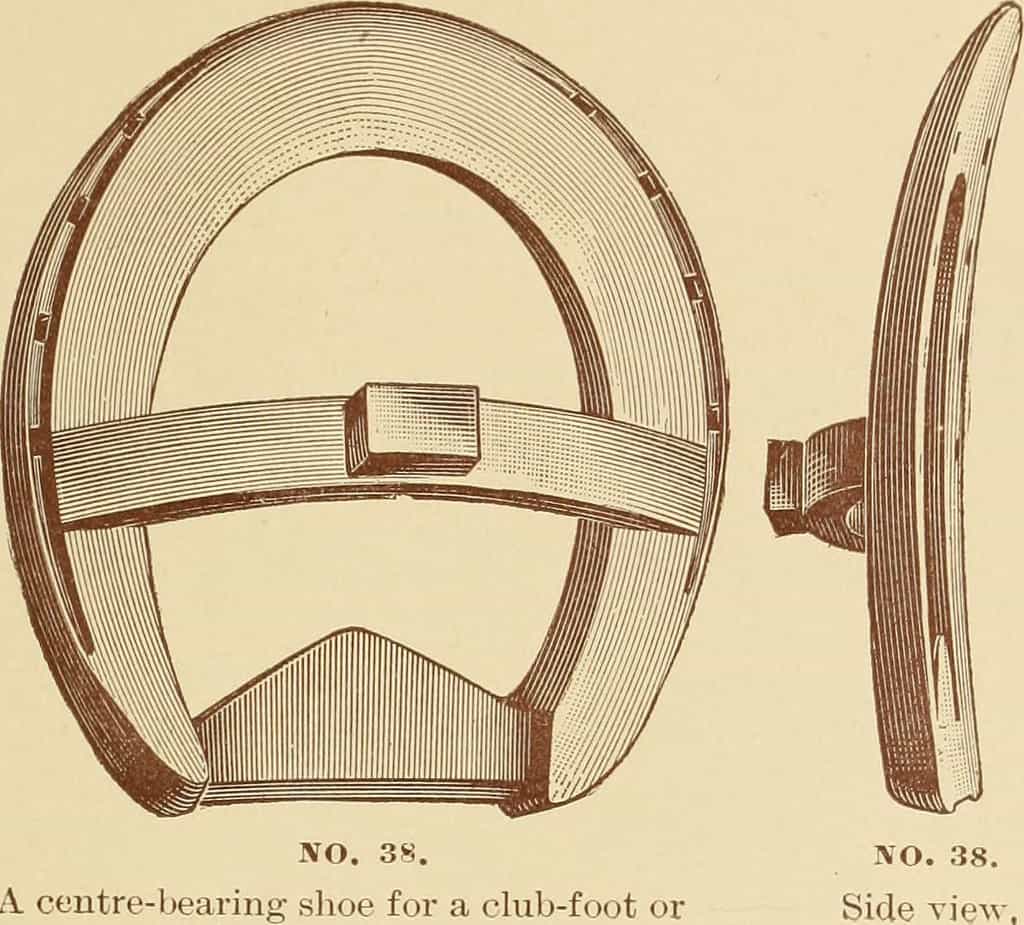 Club foot is not so much a hoof deformity as a limb deformity caused by the abnormal contraction of the deep digital flexor tendon (DDFT) and its associated muscles. The DDFT attaches to the coffin bone at the bottom of its run down the back of the horse’s leg, and any condition that affects the DDFT can have an impact on the coffin bone itself. In club footed horses, the abnormal contraction of the tendon causes the coffin bone to rotate, which pulls the toe down and creates that upright hoof structure.

The condition can be either congenital or acquired. If it’s acquired, club foot tends to develop early in a foal’s development (it’s most common to see it develop between 2 and 8 months). It affects the front legs more than the back. Congenital club foot most frequently affects both front limbs (with one front limb more seriously affected). In acquired flexural deformities, one limb is generally more affected.

It’s not fully understood why a foal might develop club foot in utero. When the condition is acquired in young horses, it’s the result of the bones growing faster than the tendon and ligament structures. The differences in growth rates that cause club feet could be the result of a number of factors including too rapid growth, diet imbalances, inappropriate exercise, traumatic injury and inflammatory responses. Any event that leads the young horse to load its weight unequally on its front limbs puts a foal at risk for developing deformities.

In congenital cases, veterinarians will focus on relaxing the foal’s soft tissue structures in an attempt to stretch the tendon. This process could involve restricted exercise, bandaging, casting or otherwise immobilizing the affected limb, or administering drugs to relax the tendon. Pain medication is a standard part of treating congenital cases, since pain (for example, pain from inflamed growth plates) is thought to be a contributing factor in club feet. Farriers will typically be involved early on, gently and gradually dropping the heel and even constructing toe extensions in serious cases. If the foal doesn’t respond to these treatments within a short time, surgery could be recommended.

With acquired flexural deformities treatment could look a lot like the treatment for congenital cases, but prevention is easier than treatment. Experts advise providing adequate turnout, avoiding excessive exercise, and feeding foals a well-balanced diet optimized for slow, steady growth. The key to treating a developing club foot is for owners and farriers to keep a watchful eye on a foal’s hoof growth. What might appear as a slightly more upright hoof wall in one foot can quickly develop into a structural problem.

Farriers can expect to be closely involved in an action plan if a veterinarian suspects a club foot is developing. Heel growth will need to be kept in check every 2-3 weeks so a normal hoof angle can be regained. Farriers might need to be crafty in their use of corrective techniques to encourage the hoof to load evenly. If corrective trimming isn’t enough, surgery involving cutting either the DDFT or the check ligament might be recommended. More advanced surgical techniques have made this option more viable than it used to be. Equine podiatrist Robert Hunt tells us that success varies, but horses can go on to athletic careers after the procedure.

The biggest issue with club feet is that they tend to produce a host of secondary issues, all of which need to be properly managed. Because the heels are so contracted, the digital cushion and the frog can’t perform their normal shock absorbing functions, which means concussion is absorbed (usually poorly) by the hoof wall and the coffin bone itself. This can lead to bruising, thin soles, abscesses, inflammation in the inner hoof and trauma to the coffin bone and/or the navicular bone. 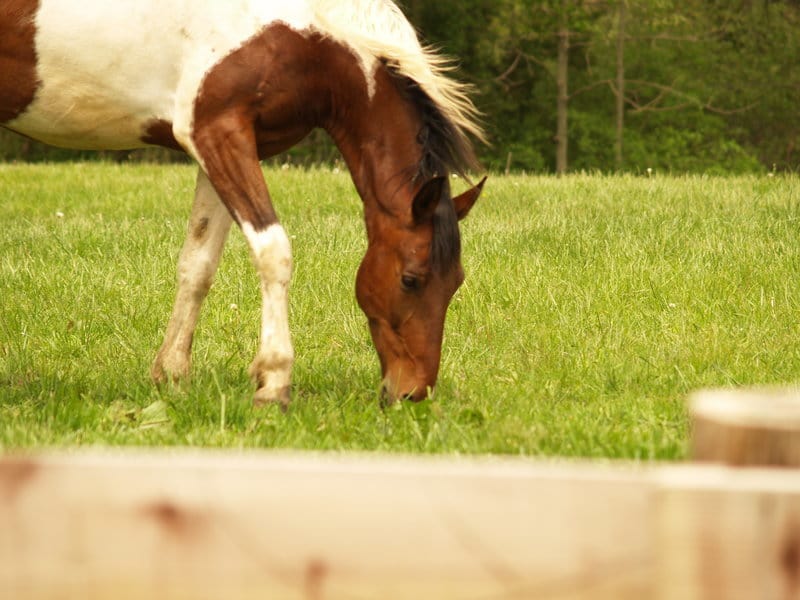 For farriers managing a club foot in an older horse, the end game will be to slowly regain or maintain a normal hoof angle and gently encourage the heels to drop and spread. The heels need to be fully connected with the ground for the foot to function normally, so ensuring that a horse is fully loading the foot is key. Rolling or rockering the toe to ease breakover or even elevating the heels in serious cases could be necessary for the horse’s foot to land flat and for the weight to be evenly distributed across the foot.

Prognosis for horses with club feet depends on the degree of the deformity, how early treatment was started and the age of the horse. Young horses who were treated early and whose deformity was mild have the best chances of success, but proper trimming and shoeing can keep an older horse moving comfortably and in alignment.