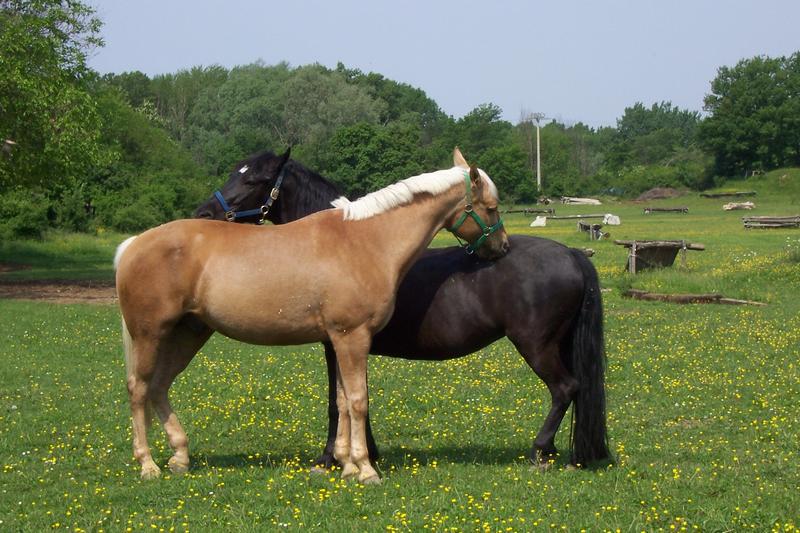 When people own horses, it’s typical that when they have a male horse, they have a gelding instead of a stallion. This can decrease issues relating to handling, management and even riding. A gelding can be a great option for first-time horse owners and riders.

What Makes a Horse a Gelding?

A gelding is any male horse that has been castrated. This means that it can’t be bred from.

Due to the removal of their testicles, the gelding is no longer producing testosterone. Testosterone is created in cells within the testes, so a castrated male horse won’t experience any increases in testosterone levels. The gelding won’t have the physique that’s produced by ample amounts of testosterone, either—such as added muscle tone and a cresty neck, for example.

The gelding also won’t have the libido that a stallion does, so his interest in mares for breeding will be non-existent. It’s for this reason that geldings can be a lot safer and easier for people to manage.

If you’re interested in purchasing a colt or a stallion, you can make the management decision to have them castrated. It’s worth noting, however, that a standing castration can only occur if both testes have descended through the inguinal canal. If this hasn’t happened, the horse will need to be put under anesthetic for a more invasive operation, and this can cost the owner more.

Those who are purchasing a stallion with a view to castrate should also note that an already-established interest in mares may make the (future) gelding a little more unpredictable around female horses. For this reason, castrating at an early age can be easier, management-wise.

Geldings can be any age, as long as they’ve physically been able to have their testes removed. It’s unusual, however, for a male horse under a couple of years of age to be castrated. This may happen for reasons related to management or safety, though, if the horse isn’t deemed valuable as a future breeding prospect.

When horses are bred for performance, it’s appealing—although, at times, idealistic—for breeders to leave male horses entire. That way, if a horse proves to have a good performance record, it can be bred from. Some horses, however, perform better once they’ve been castrated.

Managing Geldings as Opposed to Stallions

Having a gelding on a horse property can be a lot easier than having a stallion. First of all, geldings aren’t able to get mares pregnant. For this reason, they can easily be housed with mares without the risk of unplanned matings. Geldings can easily be managed when spending time with mares, stallions or young colts and fillies.

Geldings often make good paddock companions for mares, but they can also be housed with stallions and other geldings—when mares aren’t in the picture.  When there are no mares to be territorial over, different classes of male horses can be housed together.

As older, educated horses, geldings can also be great nannies for young colts or fillies. Plus, they can’t get a filly pregnant! It’s for this reason, primarily, that geldings are perhaps the lowest-maintenance class of horses to manage on a property.

On the other hand, stallions often need to be kept separately from other horses, so an owner can prevent unplanned pregnancies and keep the male horses from getting into fights.

For a person who intends to ride, having a gelding can make this aspect of horse ownership easier, too. In the first place, it can mean dealing with a consistent temperament. The rider won’t have to deal with a mare becoming difficult to handle as she comes into season, nor the concern of keeping an entire male away from female horses when he goes out for a ride.

If he’s competing or riding with other horses, the gelding’s stall location in relation to the others won’t be a cause for concern. You also won’t need to be concerned about your gelding riding alongside other riders who own mares.

For those people who are seeking their first horse to own and ride, an already gelded horse can be a great choice. Due to their inability to breed, geldings can be a reliable investment and a safe management prospect.  For the owner who needs to keep their horse on someone else’s property, having a gelding can also make this easier for everyone involved.