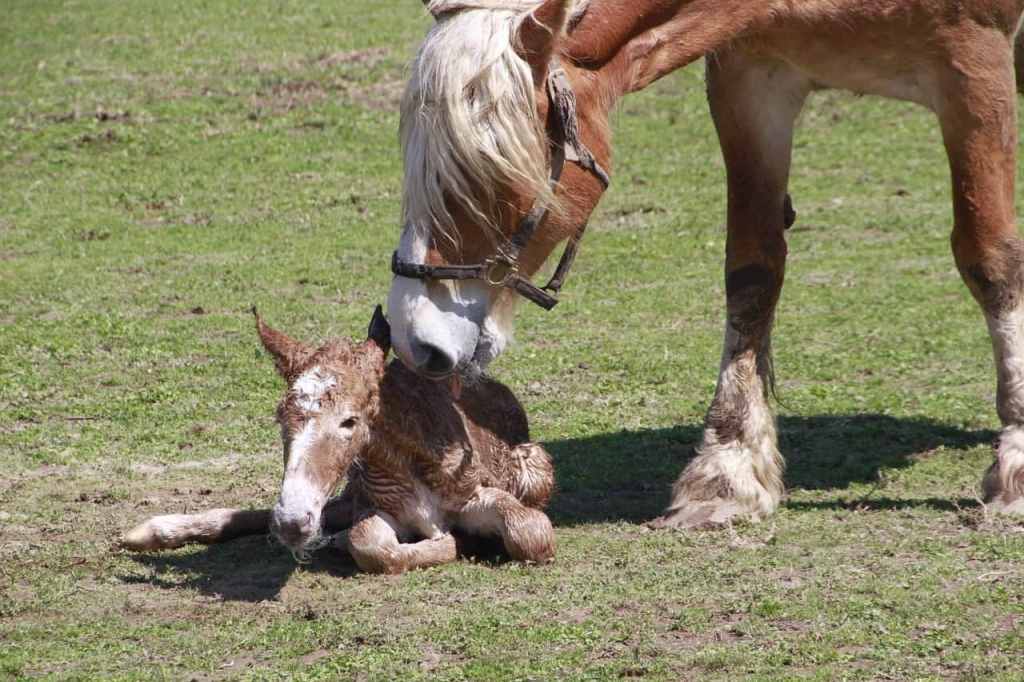 The Delivery of Foals

In a previous article, we looked at what’s involved in breeding the mare. When this process is successful, close to a year after the mare has been bred, a foal should be delivered. The foal can get the best start possible in life if the mare has an easy delivery and the foal is able to quickly stand and nurse.

Below, we’ll look at the process of checking over foals, what’s normal in a newborn foal and some common issues that may arise.

Once a foal has been born, there are a few important milestones that need to be achieved quickly in order to ensure its good health. The mare’s first milk is known as colostrum and this contains antibodies. The foal must drink this first milk and consume the antibodies within 12 to 18 hours of being born.

These antibodies are important for the foal’s immune system and help it build up protection against local diseases. If the foal doesn’t get this milk quickly enough, then the antibodies won’t be able to be absorbed into its digestive system. If the foal doesn’t drink, or it gets access to this colostrum too late, then it will be considered to have failure of passive transfer, which occurs when the mare’s antibodies within her milk aren’t able to be passed onto the foal.

Ensuring a foal has nursed as soon as it is able to is important. This can be aided by assisting the foal with standing steadily and even guiding it toward the mare’s udder full of milk. If the mare is moving a lot, then a head collar and lead rope can be used to encourage her to stand quietly.

In most cases, it’s best to leave the mare and foal alone and allow them to sort themselves out. If a foal is struggling to nurse but is only a couple of hours old, then it should be allowed to work things out for itself, but if six hours or more have passed, then it’s important to help the foal or seek veterinary help.

It’s easy to make a lot of observations without interrupting the mare and foal as they bond. You can quickly determine a few things:

Note that it’s not uncommon for newborn colts to urinate out of their sheath without the penis being visible. In time, this will change. However, if there are signs that foals are straining to urinate or pass manure and nothing comes out, this could indicate a problem.

A closer inspection of the foal as time (and the mare!) permits will allow you to check a few other things:

Newborn foals can nurse from their dams up to 100 times within a 24-hour period. They should be consistently nursing, sleeping and playing before getting thirsty again. A mare with a full udder and milk dripping down her legs is a sign that the foal isn’t nursing as it should.

At times, foals struggle to pass their meconium. This first poo should be pushed out of their system as the foal gets up, gets moving and most importantly, drinks from the mare. Colts commonly have more issues with passing meconium than fillies, most likely because they have a narrower pelvis and struggle to push the manure out.

If any foal is struggling to pass manure, an enema can be administered by a veterinarian. If at any time, you’re unsure about your foal’s health, seek veterinary help.

An inverted eyelid (otherwise known as entropion) can be an issue that arises with a foal’s eye. If this is the case, it’ll need to be corrected by the vet. This can often be done manually, or it can be surgically corrected. The vet will advise you as to the best process to rectify the problem.

Inverted eyelids are a cause for concern, as the foal’s eyelashes sit against the eyeball and can scratch it and cause irritation. A foal with a closed-over, weepy eye needs to be investigated. Entropion that’s left uncorrected can eventually result in blindness as the irritation ulcerates.

Foals should often be sleeping and nursing, but when they’re up, they should be alert and exploring their new world. A newborn foal that constantly shows signs of lethargy or listlessness is another cause for concern. They may not be nursing properly, they may not have gotten the required antibodies in the mare’s colostrum or they could be ill. This should definitely be investigated further, with a vet’s help.

There are various opinions on when you should start to educate a horse. This will often come down to time, experience and what’s considered best for the particular horse. There are people who will start educating their foal from its day of birth!

As long as the mare and foal still have a chance to bond, horse owners and handlers can introduce foals to human handling. While a foal is small, it can be easier than it would be later to get it acclimated to being touched all over—including having its legs and head handled. Often, doing this as early as possible will help the handling process as the foal grows bigger.

Foals can be taught to accept a head collar from a young age and can be encouraged to lead beside their dam. Handling legs and picking up feet can also be introduced early. 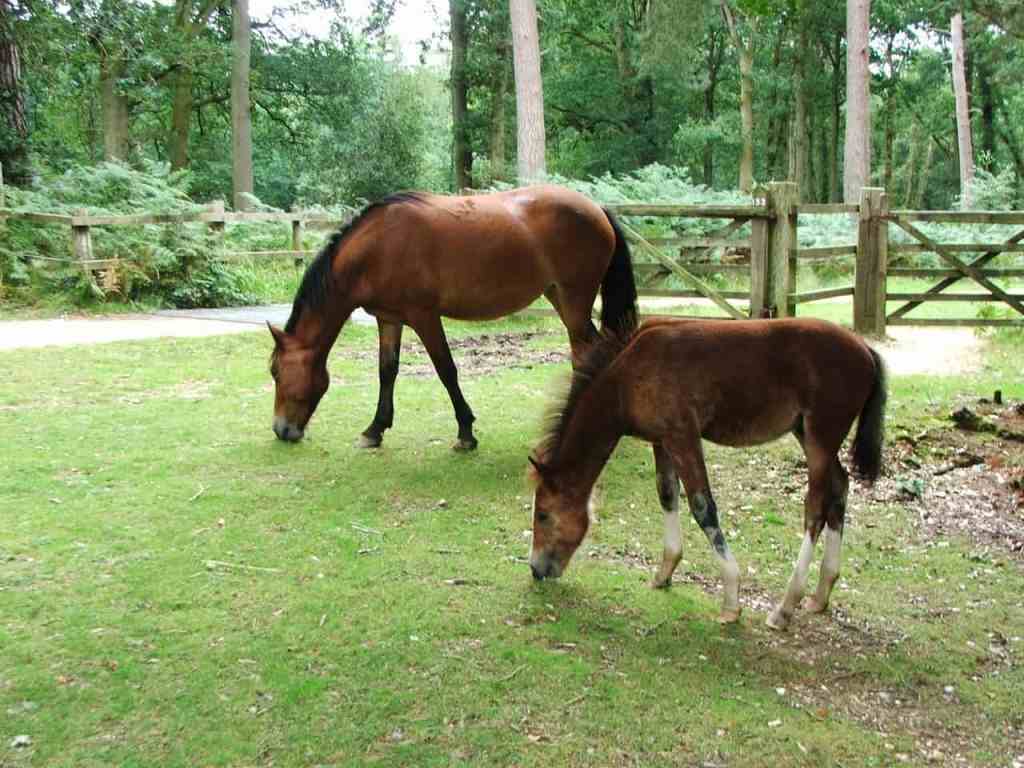 After three months of age, the milk that the mare is providing the foal declines in nutritional value. By this stage, the foal should be happily eating grass and drinking water as well as drinking milk from its dam. It may also be tasting the hard feed that’s provided to its mother.

By five months of age, the foal should be consuming mostly grass, water and any hay or hard feed provided to it.  By this time, foals no longer need the nutritional aid of the dam’s milk. It’s at this stage of development that weaning can be considered.

The act of weaning involves separating the foal from the mare so that it can no longer nurse. This often involves placing the two horses out of sight and hearing of each other. If weaning a foal, it’s important to consider what other horse(s) the weanling will be housed with. A colt or filly, once separated from its mother, still needs companionship and preferably an older horse to help educate and discipline them in equine etiquette.

A Joy and a Challenge

Having a foal is a delight for many horse owners, but raising one properly requires a certain amount of knowledge. Knowing what to keep an eye on in regard to their health and at what stage of development certain events should occur will always be a benefit to the foal and the owner.